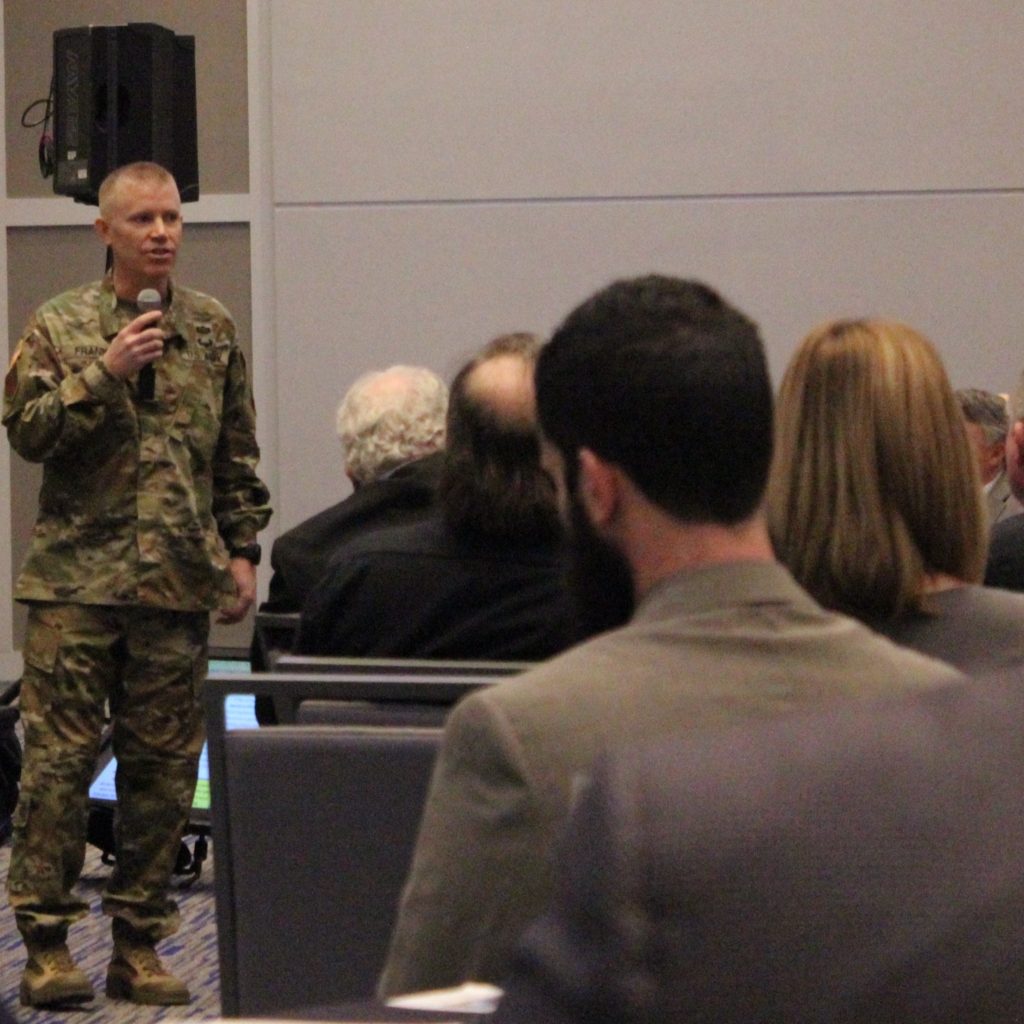 As is tradition with these events, dignitaries met to discuss ways to promote the region, grow jobs, keep the ones that are there and strengthen partnerships with powerful entities like Kansas State University and Fort Riley, stationed down the road from Manhattan in neighboring Junction City.

In summary, the big focus of these events is to explore ways to grow the money pot in the 7-county region for everyone to dip out of. And Fort Riley — like KSU — is flush with federal cash.

“To me, the big take away was the studies that are being done about the impact of Fort Riley,” State Sen. Tom Hawk of Manhattan said at the day’s end. “And I think everybody, intuitively, realizes that it’s big, but to see the magnitude that it’s 45 percent of our regional economy… we have an obligation to make that a good two-way street, which I think it’s been, but we can’t just assume it’s always going to be there if we don’t work at it.”

And it’s not that Fort Riley’s importance to the region has ever been lost on those in attendance Friday, as many of the same city and county officials fought hard to keep the latest round if troop reductions from targeting Fort Riley too heavily last year. And the immense outpouring of support for Fort Riley and its soldiers by Flint Hills citizens and officials alike may have had a lot to do with the minimal troop reduction — just 615 compared to fears of thousands — announced by the army in July.

But Fort Riley’s importance to the region couldn’t have been more clear than it was Friday in Olathe.

The afternoon’s first presenter, Charlie Perham, showed figure after figure and slide after slide the billions of dollars Fort Riley’s existence means to the Flint Hills region on an annual basis. Perham, a retired Air Force Colonel, is the Executive Associate and Deputy Director of Government Consulting Services for the Matrix Design Group – a firm with offices all over the country and outside it that specializes in economic development at the local level.

Perham — an engaging personality who opened his presentation with an ode to American poet Robert Frost — told the large audience of 100-plus that Fort Riley had an economic impact to the Flint Hills of $1.7 billion in 2016 for the fiscal year. Payroll alone was worth $1.2 billion of that total. In 2012, one of the slides showed, Fort Riley brought $2 billion worth of federal greenbacks to the region.

“You don’t have to move the needle far for Fort Riley to have a significant economic impact,” Perham said to the crowd at one point during the presentation.

Perham’s extensive and well-sourced numbers, statistics and figures were provided by the Department of the Army, Fort Riley and various federal offices.

Over 67,000 people in the Flint Hills region are associated with Fort Riley, including the military, family members, veterans, retirees and civilian employees and contractors.

Those numbers were not lost on Retired Army Lt. Gen. Perry Wiggins, the Executive Director of the Governor’s Military Council, when he addressed local leaders.

“When you recruit a solider to Fort Riley, you’re recruiting their families,” he said.

Army officials and local leaders agreed the Trump administration has plans to increase the size of the military. And while Perham admitted efficient spending has been more championed by Pentagon officials than more of it, he said the new administration is likely to follow through on its preference for bigger military budgets — and that could mean even more money and expansion for Fort Riley and its surrounding communities.

And with that, more growth– and possible land-use and noise conflicts — may be ahead. But also an increase of federal dollars in a region already preparing for the big economic payoff of landing the National Bio and Agro-defense Facility — better known as NBAF — in Manhattan, where construction continues on the $1.25 billion lab that is slated to be completed by 2022 as the U.S. Department of Homeland Security’s foremost animal disease research facility.

The future of multimodal transportation in the region was discussed, led by Stephanie Watts of the Flint Hills Metropolitan Planning Organization. She was followed by Jeff Morris, the Vice President for Communications and Marketing at K-State, who spoke on the economic impacts of the university and its athletic programs to the Flint Hills.

The retreat closed with Kent Glasscock, the president of K-State’s Institute for Commercialization, who spoke about employment and the goal to create 5,000 new jobs and a payroll of a $450 million for region.