One hundred years of duty chronicled at First Infantry ceremony

One hundred years of duty chronicled at First Infantry ceremony 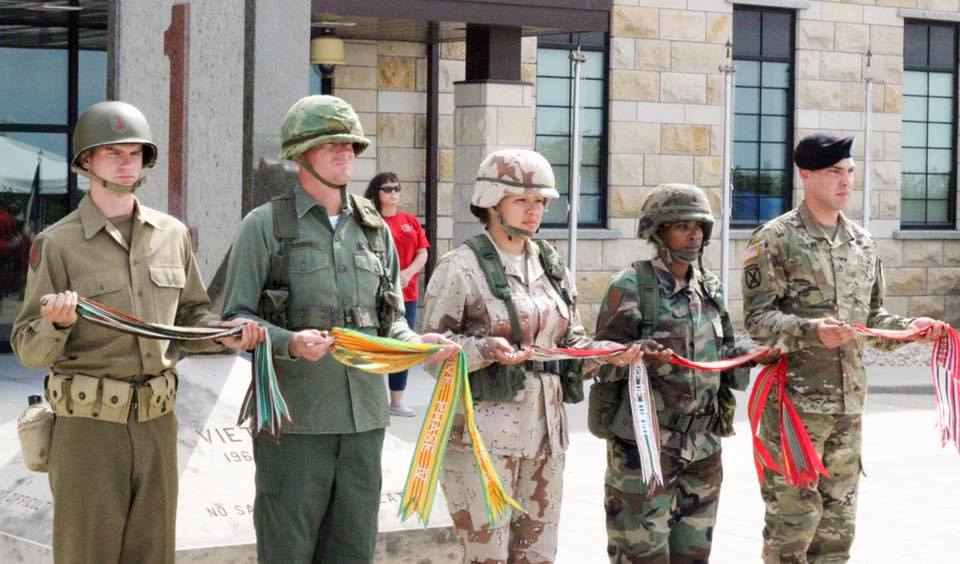 FORT RILEY — The oldest division in the United States Army recognized its 100th birthday at a Victory with Honors Ceremony on post Thursday morning.

The festivities began at 6:30 a.m., when all 10,000 units on post gathered on Custer Hill for a four mile run led by Brig. Gen. Patrick D. Frank. The ceremony was held on the front lawn of the Infantry Headquarters.

An audio summary of the ceremony can be listened to below:

“The most basic of the army standards is the essence of the Big Red One: duty first, and victory,” said Frank in his address. 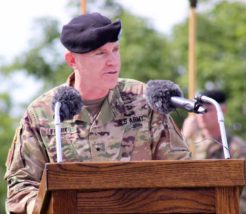 Brig. Gen. Patrick D. Frank addressed an audience at the First Infantry Division Headquarters Thursday morning. Frank said the history of the division makes him proud to be the commanding general.

Soldiers dressed in uniforms from conflicts over the last one hundred years to provide a living history of the army’s oldest division. As a narrator talked about the “Fighting First” division’s success in battle, the uniformed soldiers cased battle streamers representing the regiments who served before them.

Soldiers from the Big Red One were also among the first Americans in North Africa and Italy in World War II. In 1965, the division was the first on the ground in Vietnam.

Even the TV show “Jeopardy!” acknowledged the occasion on social media.

The 1st Infantry Division, @FightingFirst, turns 100 today!
Join us in thanking them for their service. DUTY FIRST! #100YearsofVictory pic.twitter.com/WddWOeHzyy

The division has been stationed at Fort Riley several times after WW II, and most recently returned just over a decade ago. Frank said it is an honor wearing the Big Red One uniform every morning, knowing the history of the soldiers who came before him.

“That type of pride… knowing we’ve got soldiers out there in harm’s way – that’s what impacts all ten thousand soldiers who were in the run this morning,” Frank said. “You can really see the pride come out of them, from P-T in the morning to unit formation at night.”

The division has nearly 6,000 units serving across the globe in Korea, Iraq, Kuwait, and Afghanistan.

Fort Riley will continue the 100th anniversary of the First Infantry Division in mid-August during Victory Week.