The City of Manhattan and USD383 will share the costs to re-orient the planned Middle School recreation centers to accommodate planned additions at the schools that include storm shelters. The City Commission approved the decision 4 to 1, Mayor Pro Tempore Usha Reddi opposed.

The cost of the change will be at most $500,000 (a guaranteed maximum price from McCownGordon) — though city administration believes it will total less than that — to be split 50/50 between the district and city. The two recreation centers will be rotated about 45 degrees in order to allow for multiple entry points into the storm shelters. The new additions at Anthony and Eisenhower Middle Schools were planned, but their designs began being crafted after the city’s recreation center designs as the district had to wait for the results of the bond vote. 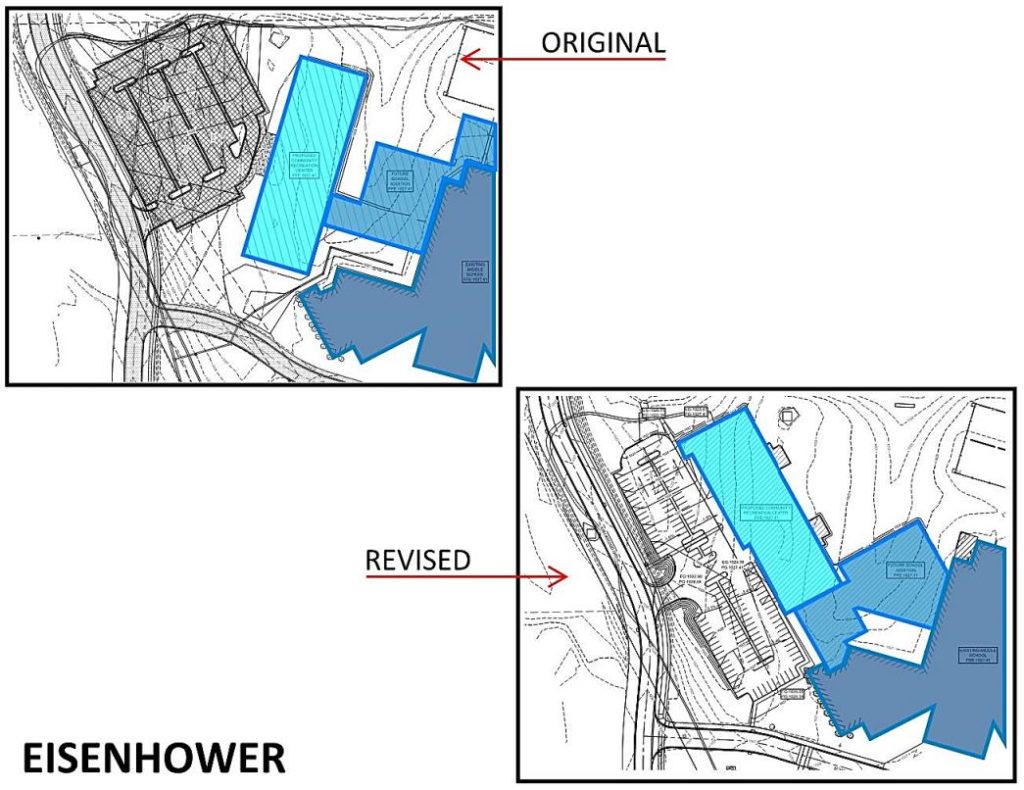 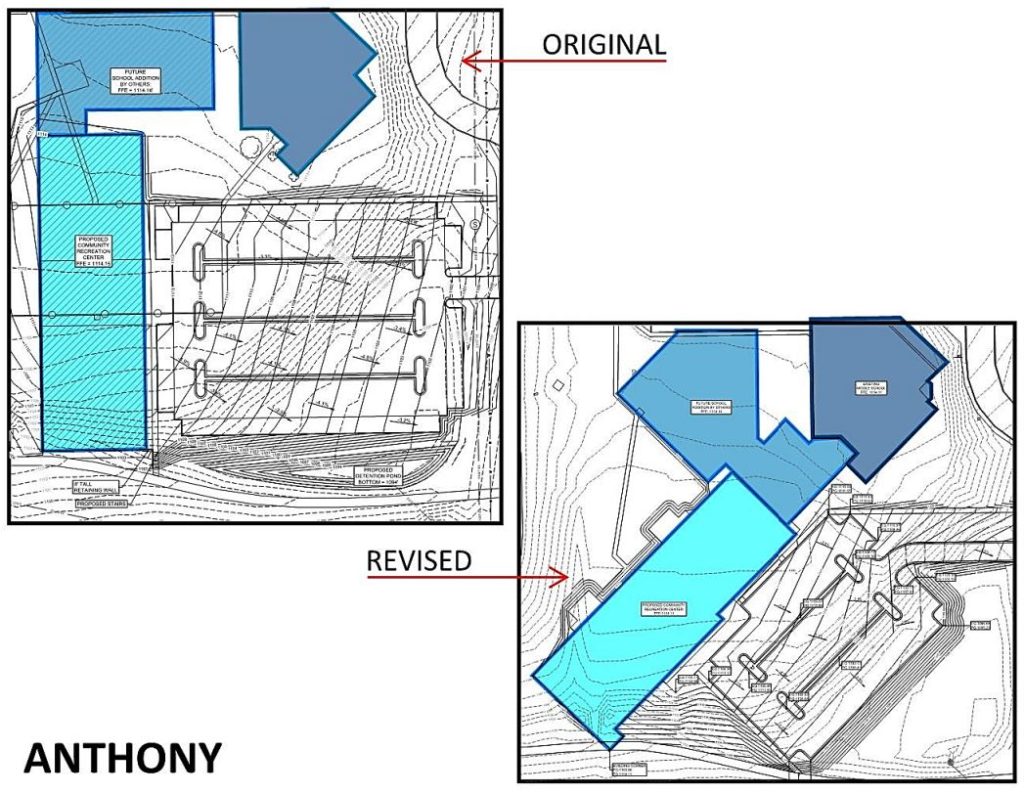 The cost estimate for the centers will rise from $17 million to $17.5 million — $17.25 million on the city’s dime if you remove the district’s share of the cost for the new alignment. The money is being drawn from the Special Parks and Recreation sales tax that Manhattan voters approved in 2017. No additional tax increase was proposed or is believed to be necessary.
City administration says that the voter-approved sales tax has already been in place and has been performing better than their projections — which Finance Director Bernie Hayen says were conservative. The estimated yearly revenue from the tax was $2.75 million — the actual revenue collected over the past 12 months was more than $3.14 million. Hayen says they did not factor in compensating use tax — or sales tax on internet sales — and that that is likely the source of the extra revenue.
Based on the data, Commissioner Wynn Butler says the re-alignment is “low risk.
“I think the tax is going to provide the money, I think we get the benefit of […] access to the storm shelter — something I hadn’t thought about,” says Butler, commenting on Assistant Superintendent Eric Reid’s comment that the district would allow the shelters to be used by the general public outside of school hours. “And as far as the school board kicking in the $250,000, I think it’s only fair.”
Commissioner Linda Morse was also of the opinion that the sales tax will continue on its trend. She also says the tornado shelters is an important aspect for the schools as well as ensuring the shelter is available to the public as Reid says they are open to.
“We don’t have public shelters here, […] but I know that when there’s a tornado siren blowing it matters to those who don’t have those shelters,” says Morse. “These are huge projects — and I don’t want to budget over-run either, but I think that in this case we’re actually tinkering and it will be better for the public and for the school children if we work together and do this well.”
Reid says USD383 knew there were going to be adjustments and give and take between the two bodies along the way. He says that if he had only been looking out for the schools’ interests the district could have held off the city’s planning until the bond issue had been completed, but they moved forward in good faith that they could meet the timelines the city and community wanted and could problem solve along the way without fighting. He adds that rotating the building and allowing for two storm shelter accesses is important to the needs of their students.
“If you’ve ever lined up 700 kids through two doors going through — sometimes you don’t have enough time,” Reid says. “In order to have that meet the requirements for storm shelters, it had to be bigger than what we showed on the concept designs.”
Reddi says she doesn’t have any issues with the re-alignment, but the sticking point was increasing the overall cost for the project. She instead proposed looking at reducing some amenities at the facilities to lower the overall price tag — such as the artificial turf.
“My experience has been with any of these projects that we dedicate money to — it increases, it’s never decreased,” Reddi says. “There’s always other things that come up, so this is just one of those things that came up now before we’ve even moved forward with anything.”
She also says she thinks the district has more of a budget and more cushion to work with due to the size of the bond issue. Reid was quick to disagree, saying they have a lot of obligations to the community they have to use that money on.
Commissioner Jerred McKee was conflicted as he didn’t have information on what amenities were possible to cut in order to keep the total cost down. He says while he thinks they should share the cost, he was also unsure about how the sales tax trend would continue even though it has brought in extra revenue in the short term.
“I have this little bit of angst that we’re making a budget determination by crossing our fingers and hoping it keeps going the rate that it’s going,” McKee says. “And I feel like that’s largely why we’re in a position where we have to raise the mill every year.”
Parks and Recreation Director Eddie Eastes cautioned against reducing amenities as it could reduce its use by the community. Eastes also says that if the revenue does fall short it won’t cause an issue with the recreation center projects, but other parks and rec projects down the line — though adds that they have historically outperformed in these sales taxes and have been able to sunset them early in the past.
Mayor Mike Dodson says no matter what, it’s taxpayer money that will be funding the re-alignment — whether the city pitches in 50 percent from its Parks and Rec sales tax or they refuse and require USD383 to fund the change out of its property tax-funded bond issue.
“This kind of has to do with which pocket are you going to pay with — because we’re all taxpayers,” says Dodson. “We’re all going to be participating in that, so if it comes out of the school side, if it comes out of the sales tax side, it’s kind of mox-nix.”
Current timelines show the centers opening by late 2020.