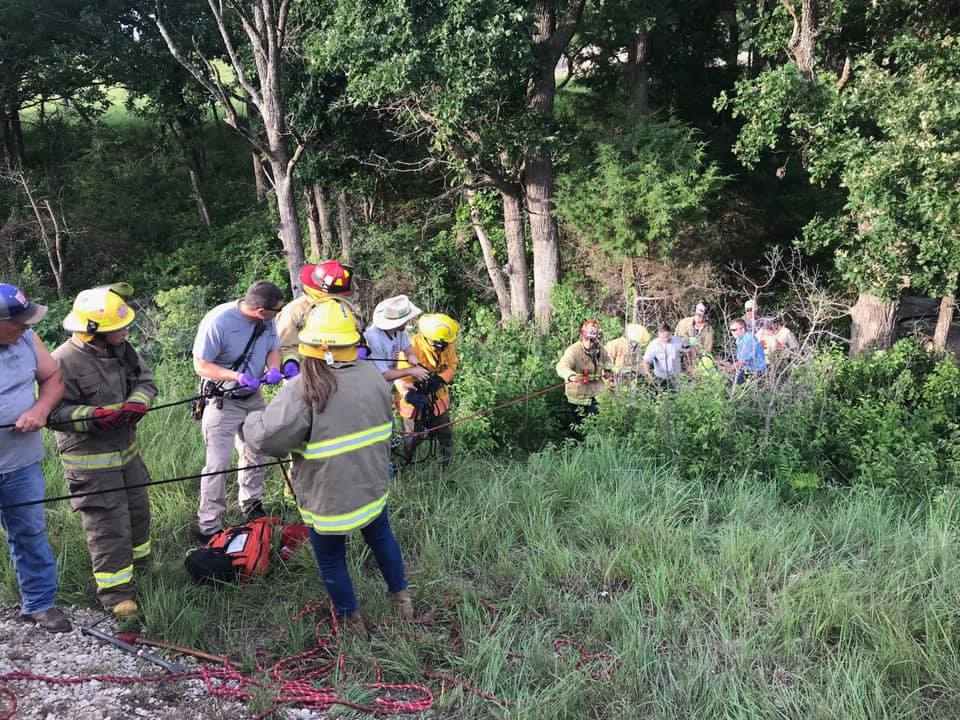 Five people were involved in a motor vehicle accident south of Manhattan Wednesday.

According to the Riley County Police Department, just before 7 p.m. a vehicle was leaving the area near Pillsbury Crossing on Deep Creek Road when it left the roadway. As a result, two of the five passengers became trapped inside the vehicle. Police say thanks to an observant driver, emergency help was able to arrive quickly and rescue those passengers who were then transported to the hospital for treatment.