As we’re moving on up on the first day of classes, we’re also moving on up to the middle school level as we continue our KMAN News Series “From the Principal’s Office.” For today’s edition, we visited Susan B. Anthony Middle School to look ahead to the new school year. 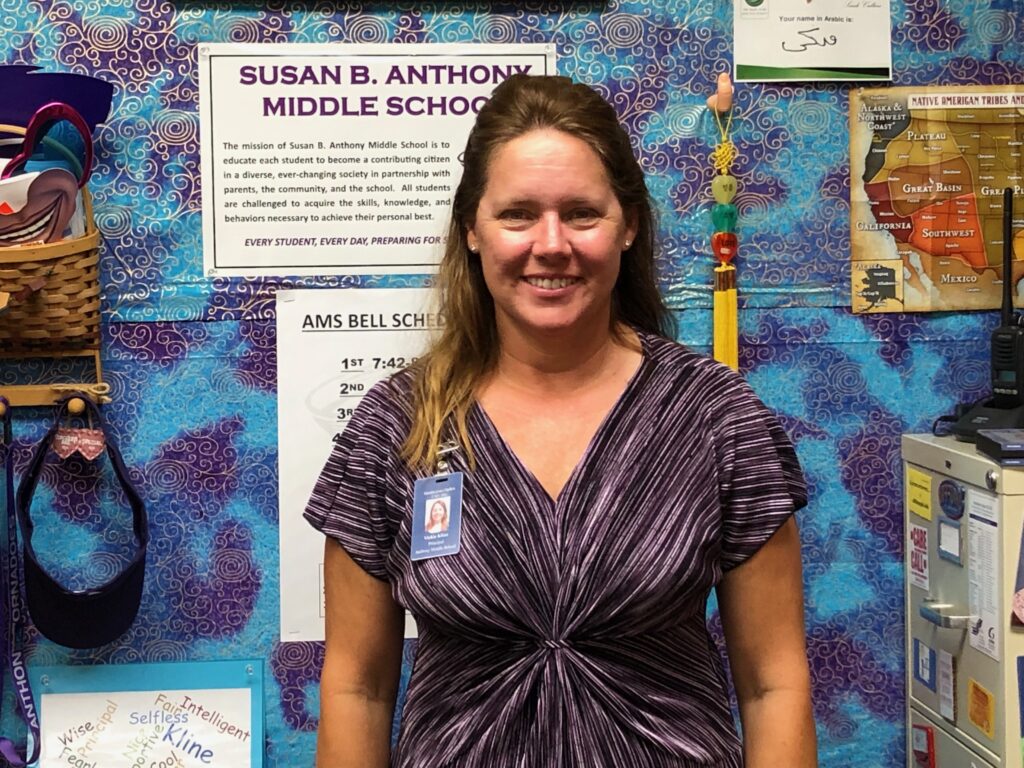 Principal Vickie Cline has been with the district for 16 years — all of which as Anthony’s principal. She says that the beginning of the school year always starts with getting new students comfortable with moving from class to class and using their lockers.

Cline says that they pay close attention to the social/emotional needs of students in both developing curriculum and fostering personal connections to overcome adverse childhood experiences. For that reason, she says she’s excited they were able to add a part-time counselor to their ranks.

“We have one and a half. I’m going to continue to advocate for additional counselors at the middle school. We have over 500 students and one person cannot possibly be everything to every student. Even with all the staff we have, there’s still not enough for all of us to go around,” she said.

With a couple of retirements and additional funds from the state, Cline says they were able to hire an additional special ed teacher in addition to the half-time counselor.

“With the growing numbers, there’s still a need there but we are thankful to have new faces. They are excited and they are refreshed and we’ve picked some of the best ones to be here and work with our crew. It’s been a really good start so far,” Cline said.

She speaks highly of her staff, and says that she most looks forward to the energy everyone brings at the start of every year.

And they’ll be together beginning Wednesday as the first day of classes begin district wide.