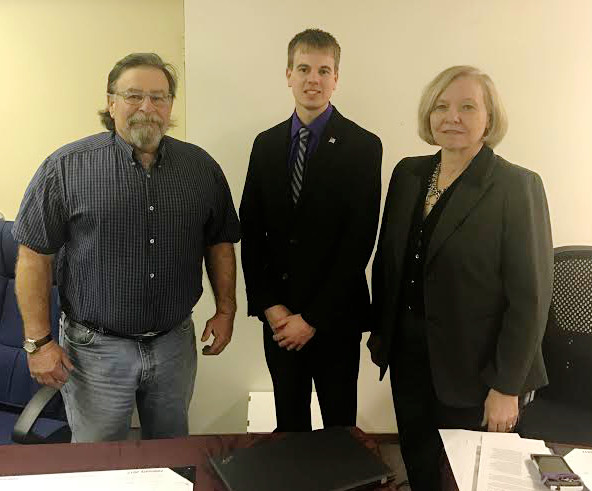 The Board of County Commissioners voted 2-1 to approve the plan which serves as a guide to planning development in the county through 2040. Commission Chair Travis Altenhofen, who served on the steering committee, was the only commissioner to oppose the 119-page plan, which cost the county more than $158,000 to conduct.

Commissioner Dee McKee praised the plan, noting it gives the county’s planning crews more guidance over the next 20 years. McKee questioned Altenhofen’s reasoning for going against the plan.

Pat Weixelman agreed that the plan was good but noted plans can always be adjusted. He also voted in favor of approval.

Altenhofen sought information from Director Chris Trudo about the county’s debris removal plan and if it is contracted to have that work completed. Trudo says the county has had a plan in place since 2012, although it’s not FEMA approved. It also currently lacks a contract and procurement piece at this time. The county applied to the Kansas Department of Emergency Management for that March 25. About a week later, Trudo says they learned that FEMA assistance is being considered, noting it’s a slow process.

Trudo says KDEM has been overwhelmed this year, so the backlog for assistance is high. Trudo says the county is able to contract services anytime without FEMA approval.

Trudo says the county is one of many in the state to apply for FEMA assistance.