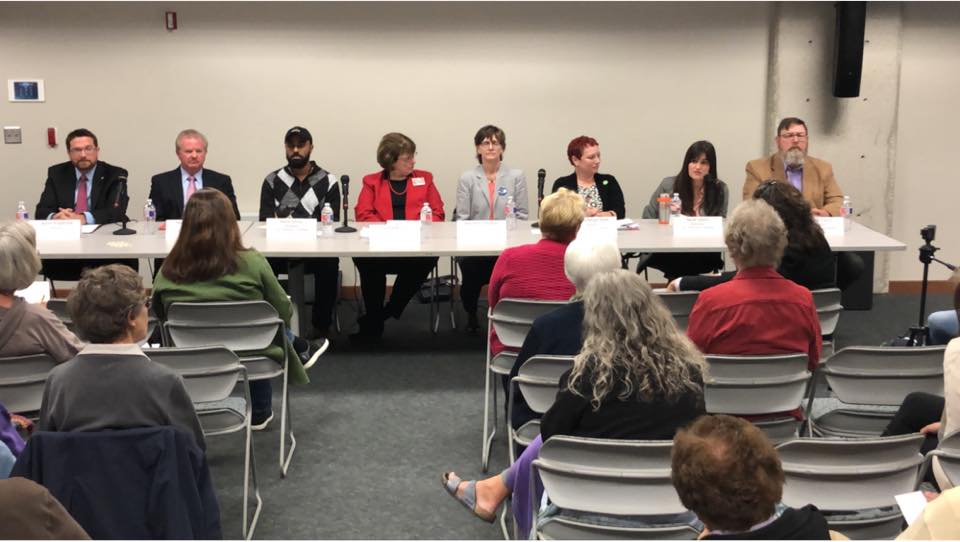 Campaign finance reports filed Oct. 28 with the Riley County Clerk’s Office show significant fundraising disparities among the eight Manhattan City Commission candidates during the third quarter. The report was issued ahead of the Nov. 5 election.

Mark Hatesohl led his opponents in fundraising, ending the period from July 26 through Oct. 24 with $15,214 raised toward his campaign, which was nearly double that of second place fundraiser Linda Morse. Hatesohl spent more than $12,500 during the period, finishing the period with $3,108 in his campaign fund.

Mary Renee Shirk turned in a report showing $1,840 in contributions and ended with a cash on hand balance of $1,178.

Maureen Sheahan raised $1,475 in contributions, ending with $524 on hand at the end of the period.

Vincent Tracey was the only candidate to raise no money for the period. He began with $1,043 raised previously and spent over $700, leaving him with a cash balance of $329.