Manhattan to open demolition bids for 3003 Anderson in February

Manhattan to open demolition bids for 3003 Anderson in February

After failing to meet a deadline to address health and safety concerns, Manhattan plans to demolish a property that was significantly damaged in the 2018 Labor Day flood of Wildcat Creek. 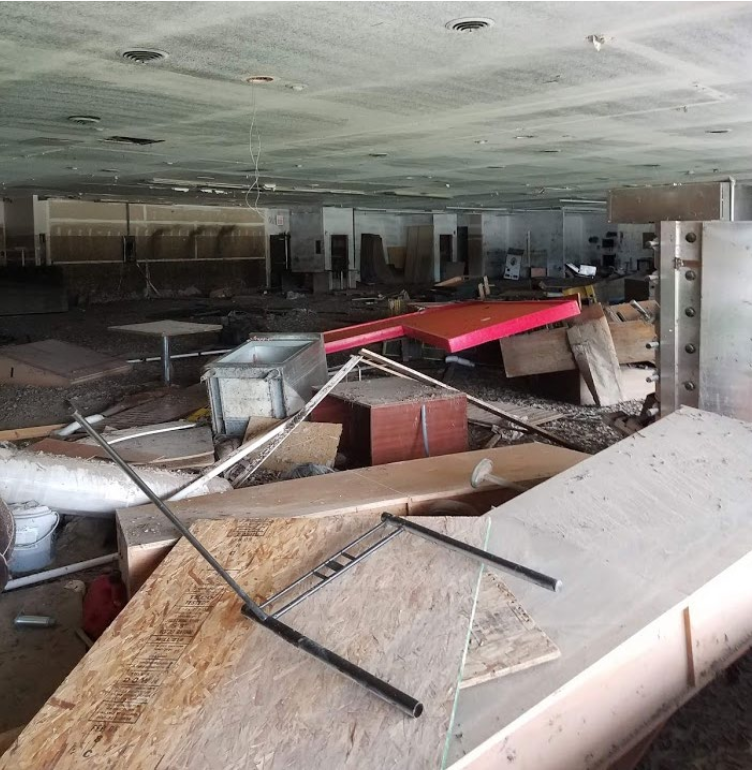 The structure at 3003 Anderson Avenue in Plaza West suffered significant damage as a result of the Labor Day flood of Wildcat Creek, photographed by city code officials during their inspections. (Courtesy of the City of Manhattan)

The Manhattan City Commission gave the L-shaped Plaza West shopping center located at 3003 Anderson Avenue until December 1, 2019 to address mold, rotting food and damaged windows, walls and doors resulting from the flood. The building was inundated with seven feet of water on September 3, 2018.

The property’s owner, Mark Samarrai, told the commission at its September 2019 public hearing on the building that work was stalled while he spent a stint in the hospital and that he had difficulty recruiting labor to clean up the decaying food left behind by former restaurant tenants. Despite that, he committed to doing whatever it takes to address health and safety concerns.

“I can’t really say that there had been any visible attempt to speak of,” says Assistant Chief of Risk Reduction Ryan Courtright. “Some of the heating and air units, refrigeration units, have either been scrapped or stolen, but that was about the only thing that we’ve noticed from the outside of the building that has either been cleaned up or gotten rid of.”

Courtright says the scope of the project has caused delays in preparing documents to bid out the demolition, but they hope to open bids in February and award a contract by early March. Additionally, an asbestos survey discovered asbestos in the floor mastic that adhered the floor to the concrete slab.

“The building foundation and slab is going to remain, we’re not removing that at this time,” says Courtright. “So we’ll either leave the floor slab totally undisturbed so that we don’t need to deal with the asbestos or, ultimately, if the floor coverings are removed and that mastic is bothered it will have to be disposed of properly.”

Information from that survey will be made available to contractors bidding on the project, according to Courtright. The demolition contractor has the opportunity to salvage and sell materials in the course of the project as well.

Estimates for the demolition are in the $150,000 range, for which Manhattan can then bill the owner. If payments are delinquent, the city can pursue further action and assess the cost to their property taxes.

“That’s a large enough amount of money that we’ve got to follow a little bit more complex process to put those [bid]documents together.”

Manhattan has demolished two homes in the past three years due to unaddressed nuisances similar to this, but Courtright says this is the first time the city has done so with a commercial property in years.

Previously, risk reduction staff have expressed difficulty in contacting Samarrai leading up to the September 2019 public hearing, but since Courtright says they’ve tried their best to stay in touch with him as deadlines approached and passed.

Samarrai was not immediately available for comment when KMAN reached out.