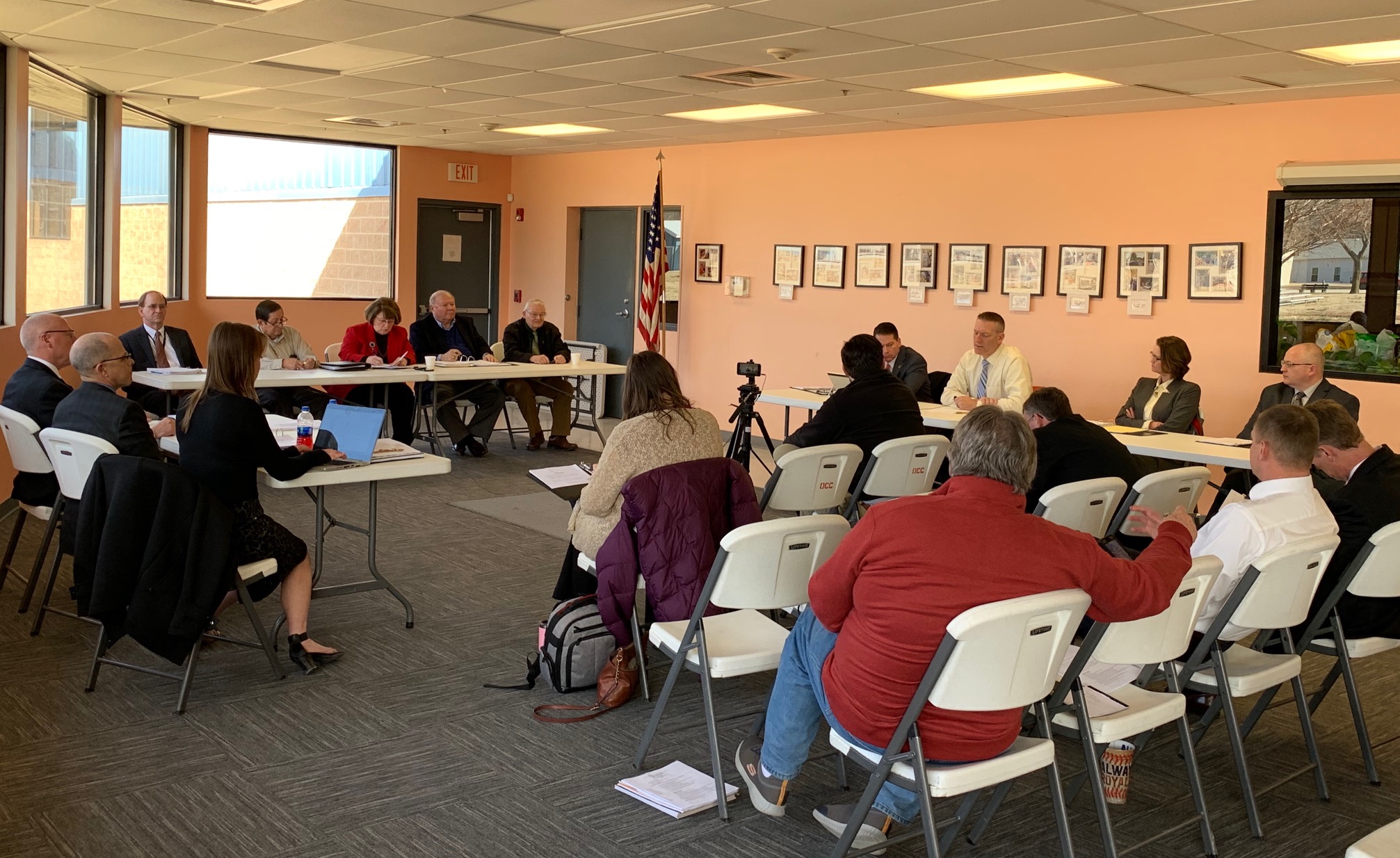 The Riley County Law Board held their latest meeting at the Ogden Community Center on Tuesday. While these meetings typically occur at City Hall in Manhattan, a few are held in other locations each year to increase accessibility to area residents. (Photo by Derek Simmons/KMAN)

Fake Patty’s Day comments
Riley County Law Board member and Manhattan City Commissioner Wynn Butler commented on the public’s perception of Fake Patty’s Day law enforcement tactics during a meeting Tuesday.
Butler says even though some believe the amount of officers is overkill, the community is ultimately kept safe.
Butler 1
Butler also commented on the perception that too much money is spent on law enforcement during Fake Patty’s Day.
Butler 2
Fake Patty’s Day is on March 21st this year despite originally being scheduled for Feb. 29th.
According to Riley County Police Department Assistant Director Kurt Moldrup, there will still be an increased law enforcement presence on February 29th due to the K-State versus KU men’s basketball game.
S.T.O.P. Violence Against Women Act Grant
The Riley County Law Board approved committing $3,000-$4,000 in matching funds for S.T.O.P Violence Against Women Act Grant during its meeting Tuesday.
The $12,000 grant is part of a four-step process meant to improve how law enforcement and the community approach cases involving violence against women.
.
RCPD Capt. Tim Hegarty says officers will be trained in trauma-informed communication.
Hegarty 1
During the meeting, board member Linda Morse expressed her appreciation to RCPD for pursuing this grant.
Morse 1
The grant is being funded by the United States Department of Justice.
Regional Officer Involved Shooting Investigation Team Memorandum of Understanding
The Riley County Police Department has entered what they call a Regional Officer Involved Shooting Investigation Team Memorandum of Understanding.
RCPD Director Dennis Butler says this M.O.U. is an agreement between multiple law enforcement departments to assist each other when an officer is involved in a shooting.
Butler 1
He says the M.O.U. is meant to bring transparency to these types of investigations.
Butler 2
According to Butler, the agreement currently involves about five law enforcement departments with a few more possibly joining in the future.
Awards
Police Officer Michael Wagenblast – Veterans of Foreign Wars Law Enforcement Officer of the Year Award
Det. Brian Johnson – Meritorious Service Award
Det. Tanner Monroe – Commendation Award